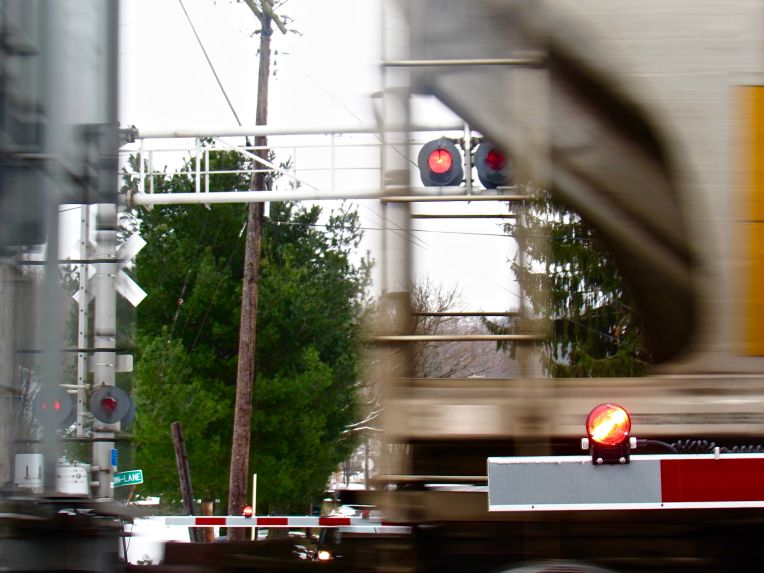 The household is ill today.  Symptoms including runny nose, sore through, a cough are running rampant.  So rather than risk my own health in the infirmary, I opted to take Anastasia (my pet dog) and go out for some photo-ops, before the flash freeze strikes.  That’s when the temps drop so fast that anything wet, freezes in a snap.  It wasn’t long until I stumbled upon the railroad tracks.  I originally thought about just shooting the tracks and work on the vanishing point. But I heard that whistle and scanned the area for where I wanted to set up shop.  Luckily, the road was completely empty, so me performing some (probably) illegal driving maneuvers, couldn’t impede or cause other drivers to be deeply concerned about my state of mind.  When I finally saw the oncoming headlight, I realized that I probably should get on the safe side of the gate.  I wanted to capture a few unique shots and was pretty happy with the results.  So now, I am hoping to avoid actually becoming a snowman as the temps have now dropped to 20 degrees with a wind chill of 14. Not looking forward to the -15+ tomorrow morning!

22 Replies to “The Fun Tracks”