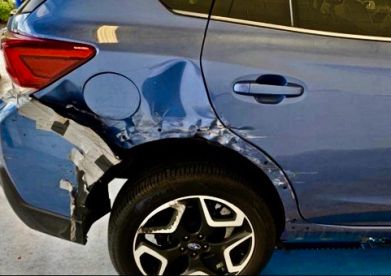 Just near 5 weeks later the car has found its way back home, all stitched, knitted, back together. It is so inconspicuous, you can’t even tell.  Kind of crazy as there was so much more damage than anyone could imagine.  But not enough to write it off, which is a good thing.  If you recall, I posted about the accident in the beginning of July here.  I watched from the side of the road as a pickup came through and, what looked like, brushed the side of the car. It happened so slowly that it just didn’t seem real.  Like I wasn’t awake.  But I was. Well he did more than brush up against it obviously.  Kind of really crazy that no-one else was really hurt.

Look Who I Found

Where There is a Will

3 Replies to “Drive My Car”