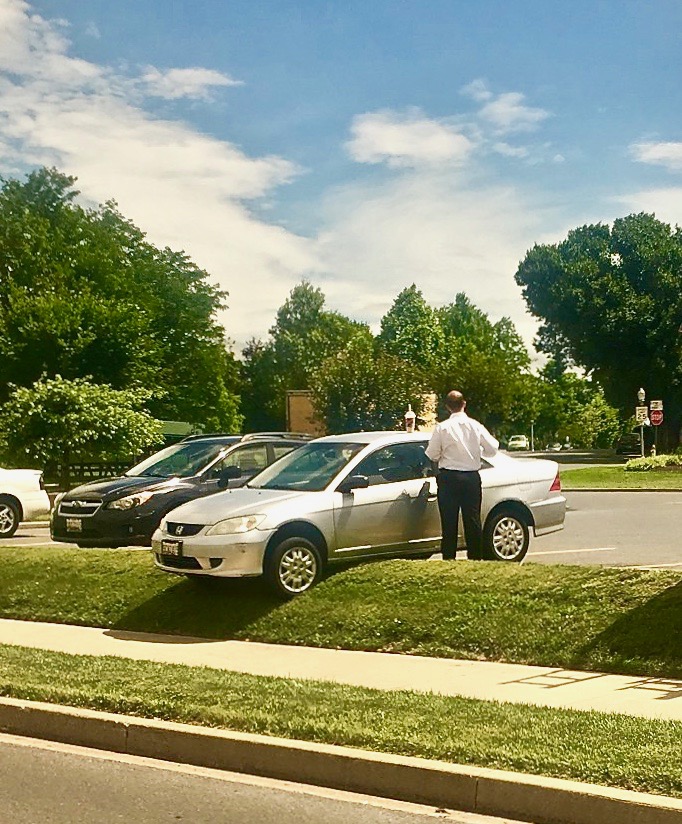 Ok, so typically parking should be a breeze.  Especially when there is a curb that would warn one that there really isn’t any more room to move forward.  You could understand if there was a thick mist and you were disoriented, or it was a blinding snowstorm, but it was a beautiful sunny day.  This happened outside a convenience store where I am thinking the guy had only a few minutes before he had to be back to work and he really needed a lottery scratch off ticket.  As he revealed that he actually won a free beverage, he excitedly hit the accelerator, forgetting he had already shifted into drive and before he realized it, the car was hung up on the curb. Since he was already late and all, and rather than deal with all curious, inquisitive eyes on him, he went in and cashed in on his ticket.  Or something like that.  Happy Monday!

A Fish Out of Water