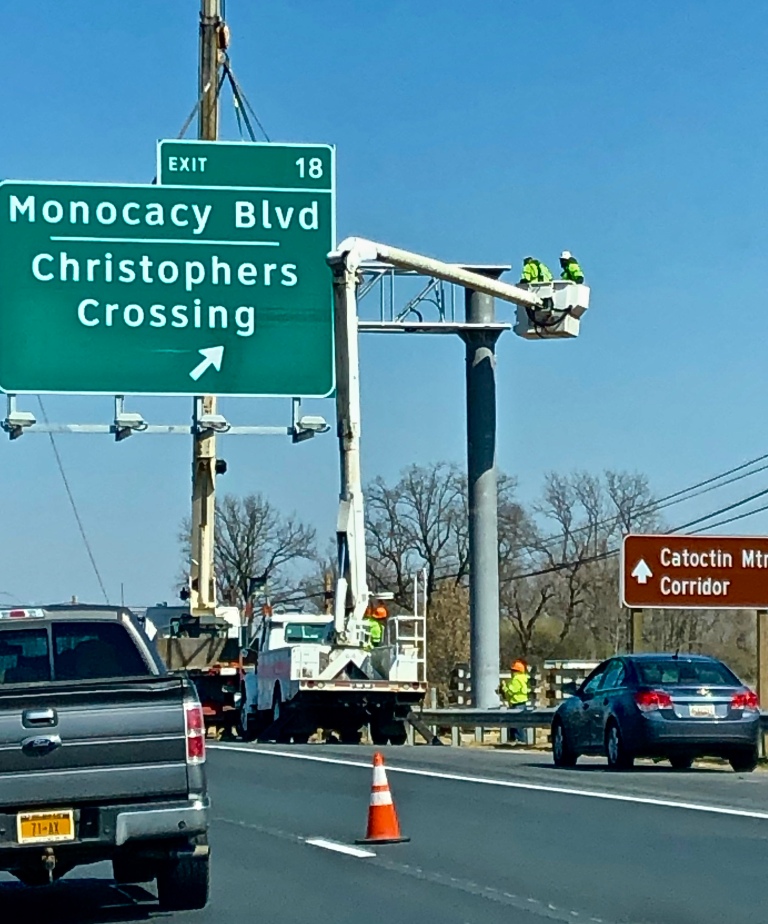 There has been an excessive amount of roadwork happening up and down my commute lately.  Of course this could easily be attributed to post winter maintenance in the likes of potholes and damage caused by snow plows.  I am stopped, at a standstill, while, what has to be an incredibly heavy, road sign teeters, precariously perched, dangled over the highway, while a pretty steady wind rocks it back and forth.  I was all too relieved to not have to stop[ long at all. Long enough to rattle off a couple of photos for nostalgia sake.  That wasn’t then end of it.  There were a few other single lane works zones the rest of the way complete with those god awful median barriers and plenty of orange barrels.  Should be a fun couple of months.

8 Replies to “Wild In The Streets”