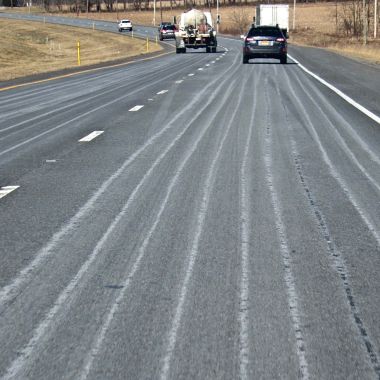 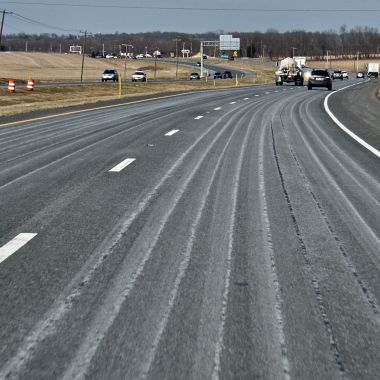 There are obvious signs that appear when bad weather is about to hit.  There are warnings, the clouds darken, birds go into hiding, the temperature spikes hot or cold. Here, and I would guess in many other “winter weather” regions, when you see these lines riding along the major highways and interstates, snow or ice is 24 hours away.  They are just trying to get a jumpstart on keeping the roads safe by laying down some ice/snow melt chemicals.  Usually I am pretty passionate about snow, and if it were November – February I would be giddy with excitement. But we are already a week into March and, well, here we go again. Please there is no need for empathy, the good news is that it’s not really suppose to mount to much. The bad news, a number of storms this season, weren’t suppose to amount to much and overachieved.  It is not suppose to start until mid morning so we should be able to get into school no problem.  The hope will be that getting home won’t be a problem either or, if it does not look good, the school system sends us home early.  That would be the best of both worlds.   So who knows, I may not be done with snow scenes.  After all, I know how giddy you all are with excitement to see them! 😛