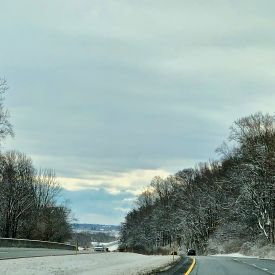 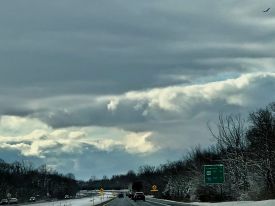 This post is a tad different then the normal post.  It is written in direct response to VJ’s weekly challenge prompt, “what’s in a name” But before I get into that, not to sound too monotonous, the snow finally stopped following after midnight laying down what I speculated to be 7 inches of the white stuff.  But even though we had that much 15 miles south, the total averaged 1.5 inches, so a two hour delay was called and while we don’t lose yet another day of summer, I had to get up early enough to shovel my driveway. A great start to a day. 🥴

When I started my first 365, 6 years ago now, I had just beaten cancer and was looking for a creative outlet where I only had to answer for myself.  I was (am) a theatre teacher, actor, director, etc. so the title makes sense to me.  However, it wasn’t what I started with.  I actually started with my name I used when I kept an online journal (blog) documenting my cancer battle.  That was Stagestruck.  I wanted that theatre theme and I liked the play on words starting with star struck and morphing into it.  I liked using struck as a descriptor of the fight.  But after my first 2 posts, I didn’t like it anymore and I didn’t want any daily reminders of my health.  I wanted to keep that blog completely different.  I then moved to the Blogger platform and spent 4 days there before my mentor suggested I switch to WordPress so that I could use the theme (I forget the name) that was pretty much built for 365’s and included exif so that he could check settings and make suggestions.  So one week into my first 365 I was on WP with a blog entitle CV In The Round. CV is the name of the borough I live in, and originally that first year I limited myself to taking all of my photos in CV.  In the round is my homage to theatre. For those who don’t know, in the round is a stage type where the audience sits on all four sides of the stage.  I used in the round as a reference to the 365, taking a photo every day for a year, completing a full circle.  After my first year I decided to continue with a second 365.  CV is not a large area by any stretch, so I knew I had to spread my wings, and CV ITR just wouldn’t work.  I liked the stage type reference and wanted another play on that.  There were a couple others I checked into, but they didn’t have a good ring to them and those that did were already taken.  Proscenium is short for proscenium arch, the imaginary line/wall that separates the stage from the audience. The word itself translates to “frame”. And what a better tie between the two media forms.  I added “framing life one shot at a time” as a subtitle when I returned to the blog for a new 365 last year.  From there I changed the subtitle to a more simple and right to the point  “framing life”. And that is more than you ever wanted to know.  We will return to our regularly schedule program tomorrow! 😛

It’s Just a Matter Of…

I Hate Myself For Loving You

20 Replies to “Picture In A Frame”