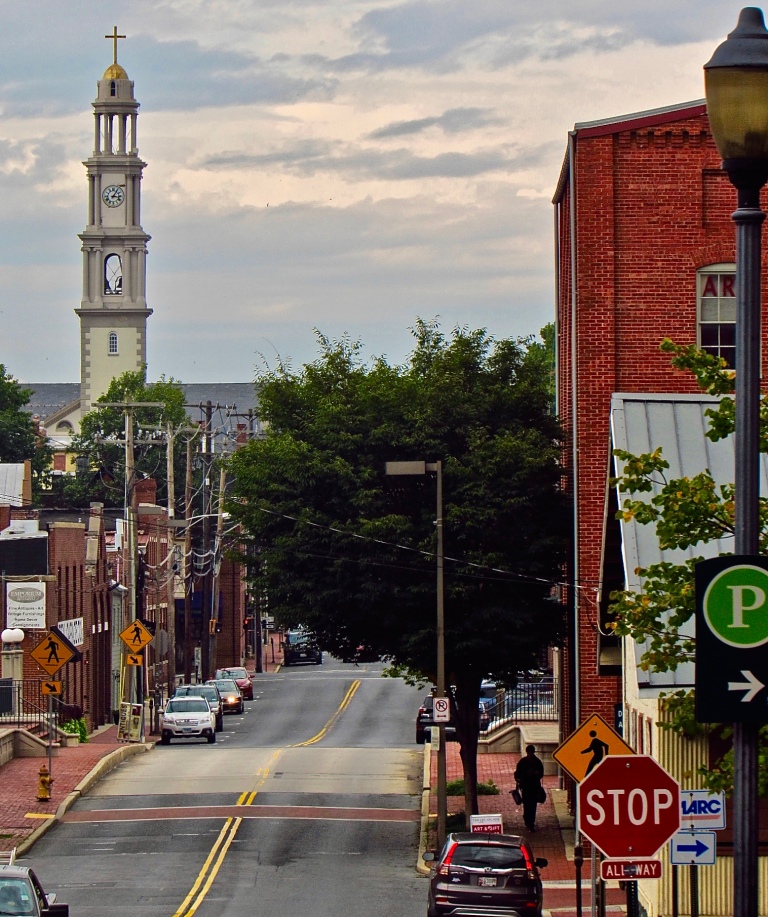 I feel really good about this response for the above challenges. So good that I did not have to vacillate between a few photos to pick which one I was going to use. This is one of the core streets downtown. It runs parallel to the two that cut right through the middle of downtown.  As a result, it’s not as busy as many of the others, but during rush hour it sees a heavier load as people head to the train or bus depot to head to DC.  But I didn’t really picture it for that.  I have featured almost all of the spires in the city.  This is another to add.  This is the bell tower for St. Johns Catholic.  It is one of the easiest to spot because of the gilded dome that tapers to the gilded cross.  It doesn’t hurt that it is 145 feet tall either.  But I particularly find the number of pedestrian signs within close proximity of each other kind of fun, especially the one that looks like its pointing right at the car.  I also count 4 very different lampposts in the frame.  In any case, I am preparing for a road trip with my daughter as she moves out west.  So my next few posts will be on the road. Lord knows what I will find along the way.  Hope everyone has a fantastic Friday.  Stay Safe!

Paying It Forward, Too