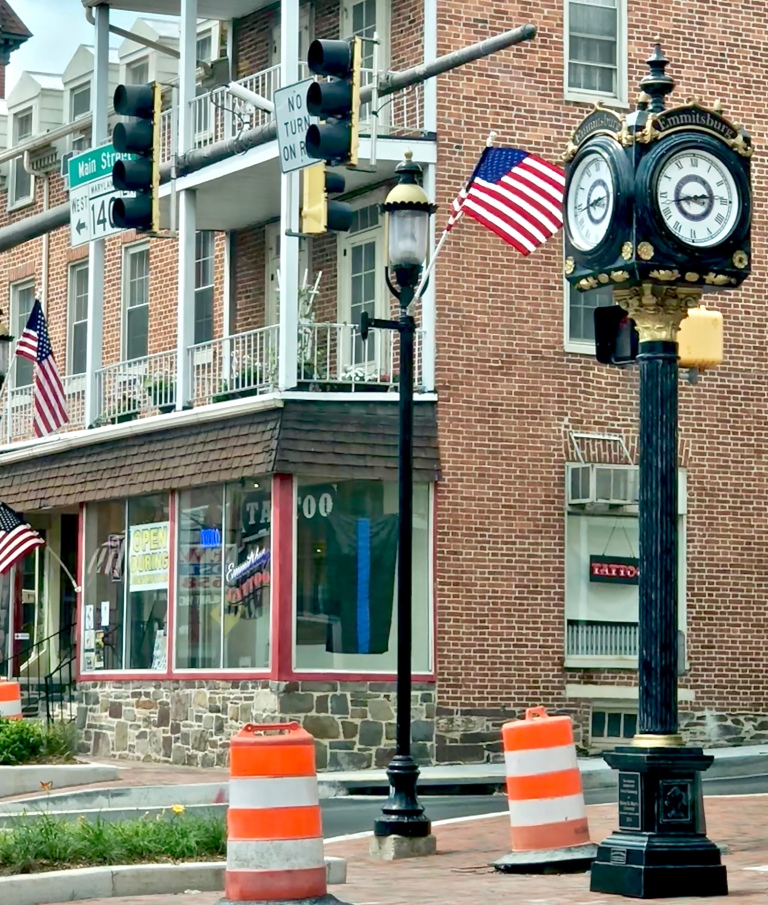 Let me just state for the record, wordless Wednesday takes a lot of self-control. I figure it’s good practice to let the photo speak for itself.  Makes it a little more challenging composing a shot.  Hope all who read this had a good day yesterday.  It was a rough one here.  We had a major thunderstorm that hit unexpectedly.  It ended up stalling right overhead, unleashing not just a trace but a wakeful of rain.  The storm ended up curtailing the festival and last nights firework display.  I expect they will make it up this weekend.  But the storm has to be the worst I have seen in a very long time.  The lightning was so very evanescent.  Except for the bolt that I literally saw hit outside the window. That bolt ended up causing the A/C to stop running (on the hottest, muggiest days of the year,  requiring an emergency call to the HVAC company.  The tech came out and found the problem to be a short which will require a very expensive replacement of the compressor.  Not only that, the charge sent a surge through the house wifi and internet cable lines, effectively blowing out the TV, the router, the modem, the Apple TV, as well as any cables attached to them.  The satellite was also knocked out, but I somehow managed to get that up and working again.  It could be worse.  A house, about 4 blocks away, was hit and burned down by lightning.  I don’t think Mother Nature wanted to be outdone by the loads of firework displays filling the sky last night.  What a jealous bit@$!  I almost forgot.  The photo entry is of the town square.  It is being completely overhauled and restored to what it was like a century ago.  The 4 way, which is where I shot this, is being made into a roundabout.  The fountain, that was originally there, will return to its home.  You can see, by the clock and street light, are replications of the original gaslights.  I am sure there will be after photos once it is finished.  But I think it is a really neat concept and am looking forward to the results.

Speaking of fire (too soon?)- here is the entry for Cee’s B&W challenge. This is the town of  Emmitsburg’s fire station.