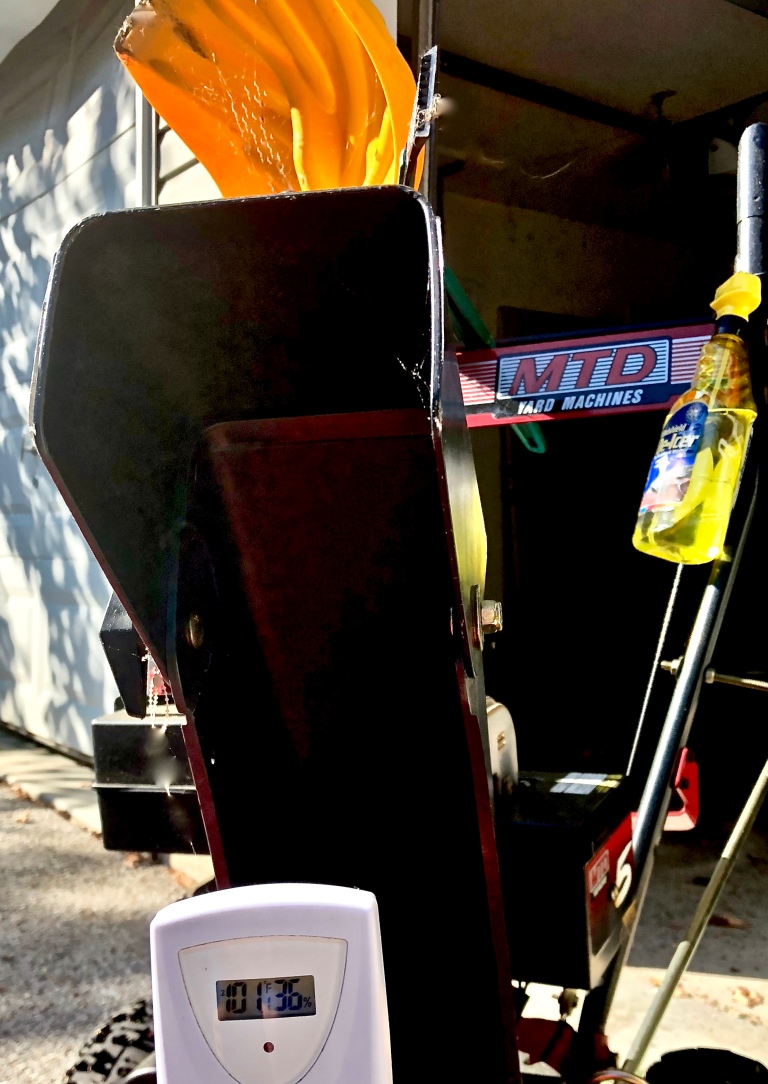 It was so hot out today that I thought it would be a good idea to work on cleaning out the garage.  It’s not that crazy, I would be in the shade and out of the sun. I wasn’t going to stay out long (have you met me?) but I had to figure out something that would get me up and moving a little bit.  Combine that with attempting to be productive and it’s a win-win situation.  Except when it’s not.  I managed to clear a small section out before I realized that exposure to the heat was inevitable.  And while I applaud myself for a good idea, the rest of me was in an outright revolt.  Before I went in though, I serried some of the tools used for hauling snow, in a little stack, with the thought that the heat is just a state of mind (and to provide some levity).  Think cool, it will be cool. As you can see by the temperature, and the first degree burns on the bottom of my feet (photo below), that school of thought is bullsh$#.  **believe**