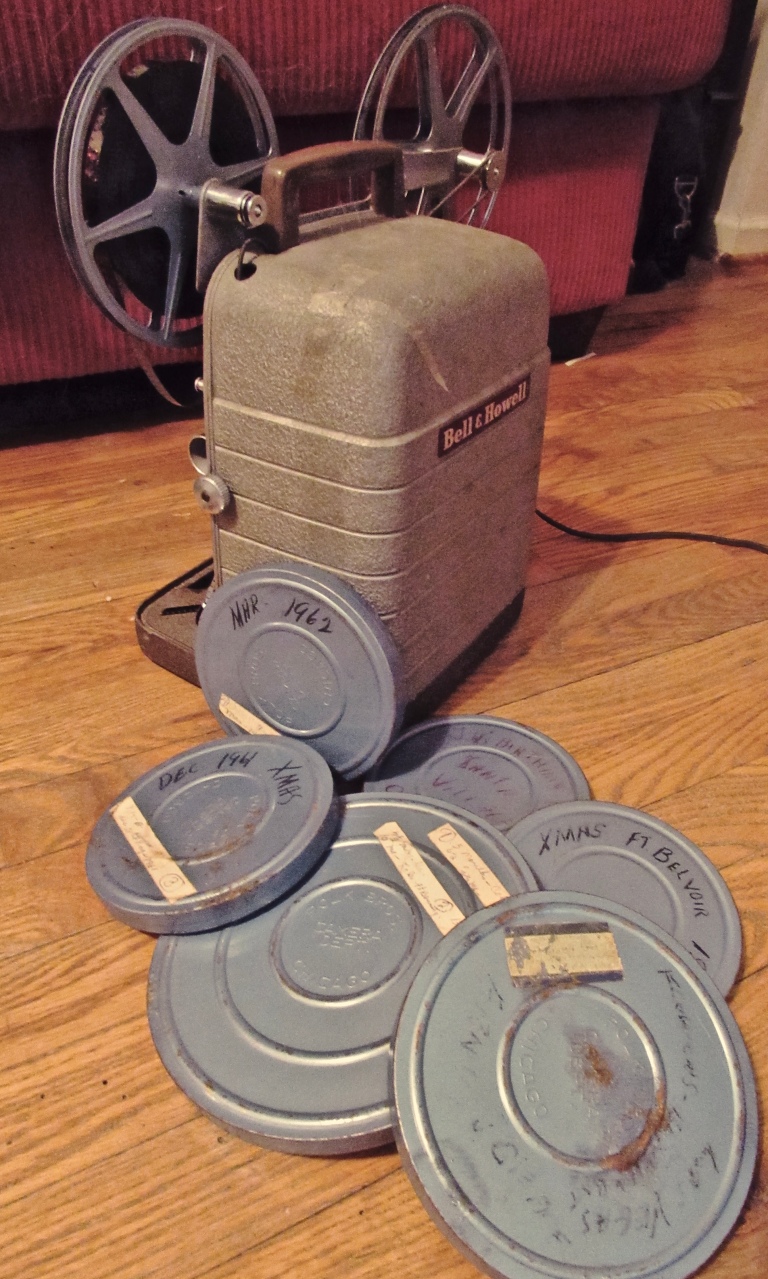 A couple of Christmases ago, my parents left me with an old Bell & Howe projector and a bunch of “cans”.  It was nostalgic but I really never even touched it.  That is until a week ago.  I was bored, it was below 0 outside, and lying on the couch was getting unappealing.  I glanced over and saw the projector, so I decided, why not?, and set it up.  I did my best, but I had to goto you tube which became my savior.  I went to grab the cans, just to see if it still works.  The cans were awesome.  Dating back to 1961, they were all titled with events.  I went to a can that I though my dad and his dad (whom I never met), would be caught on film.  The one I chose then didn’t.  So I decided to try again today (I needed a subject for today and am not feeling the best, so….) This time I hit gold.  It was very surreal.  Actually seeing family in 1961.  The cars, the shops, pretty much everything on film was authentic.  That was until I found out (the hard way) that there was a short in the cord.   It was just a little shocking. I did not get a photo while it worked.  Was a little to mesmerized.  So I composed this shot.  One I think captures a lot.  I am just not sure if I like how the cans lead to the projector.  Thoughts?  By the way, any electricians out there?  I think it did more to a fuse and probably should get it checked out!